How did you do that?

One thing that I plan on sharing here on my blog are photographic "How to's".  I love learning tips and tricks from others, so I will share some of what I know with those of you who care to learn a little about photography.

The image that I get the "How did you do that" or "Is that Photoshopped" question the most about is this one. 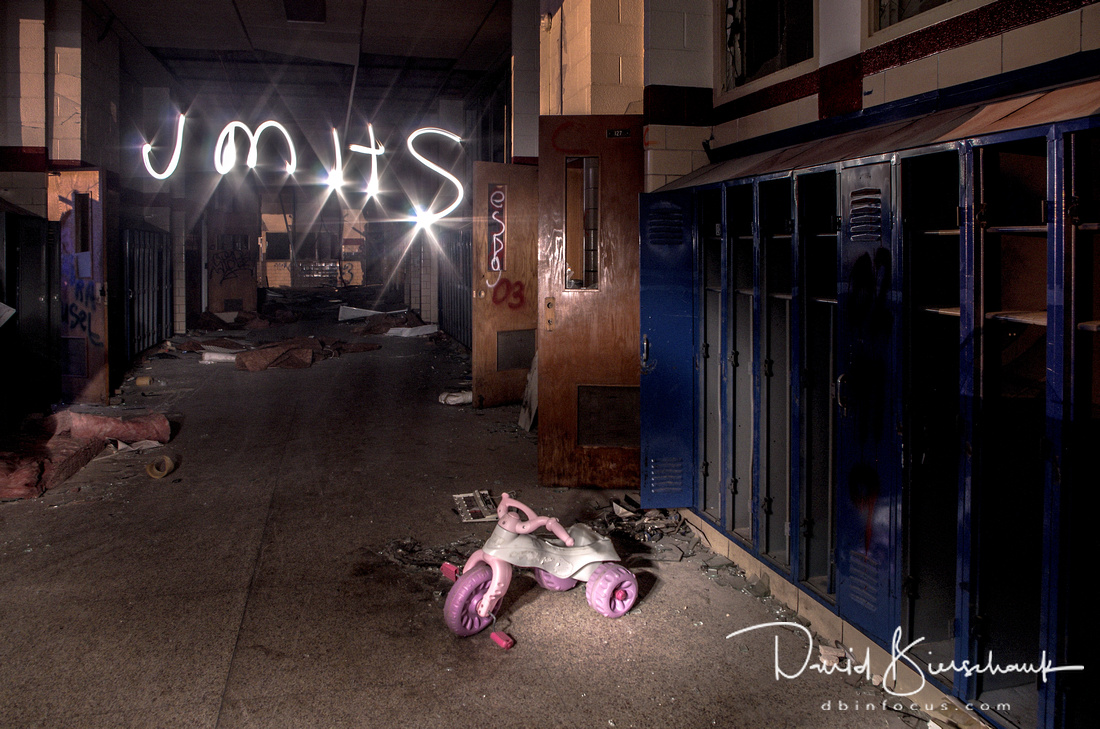 The answer to the Photoshop part of that question is no, it was all done in camera.  (Some minor exposure adjustments were made, but no effects were added.)

The process is called "painting with light."  This photo was taken at night with no light coming into the hallway. The camera was placed on a tripod and set for a 30 second exposure. The aperture was closed down to F 7.1 to limit any extra light from coming into the camera during the long exposure.  So all of the light that you see in the image is provided by a hand held flash light. Another benefit of shutting down the aperture is the star burst it creates on the starting and stopping points of each letter.

I used a remote control to start the exposure, then began "painting" the bike with the flashlight.  Then moved the light up to the lockers and down the hallway.  Never leaving the flashlight pointed at any one spot for very long.  You also do not want the front of your flashlight to be "seen" by the camera lens during the paint process, so light from next to, or from behind the camera.

Then I actually moved in to the frame standing next to the toy, turned on the flashlight, and pointed it towards the camera to write the J M H S, turning off the light between letters.  The difficult part of this was getting the letters just right.  The writing has to be done backwards since I am facing the camera.  The letters need to be in the frame, not stacked on top of one another, be the right size, and spacing.  It took me about 8 or 9 attempts to get all the lighting and lettering just right.

I could have done most of this in Photoshop, but it looks more realistic and is a lot less work to get it right in camera.

And then there is this one. 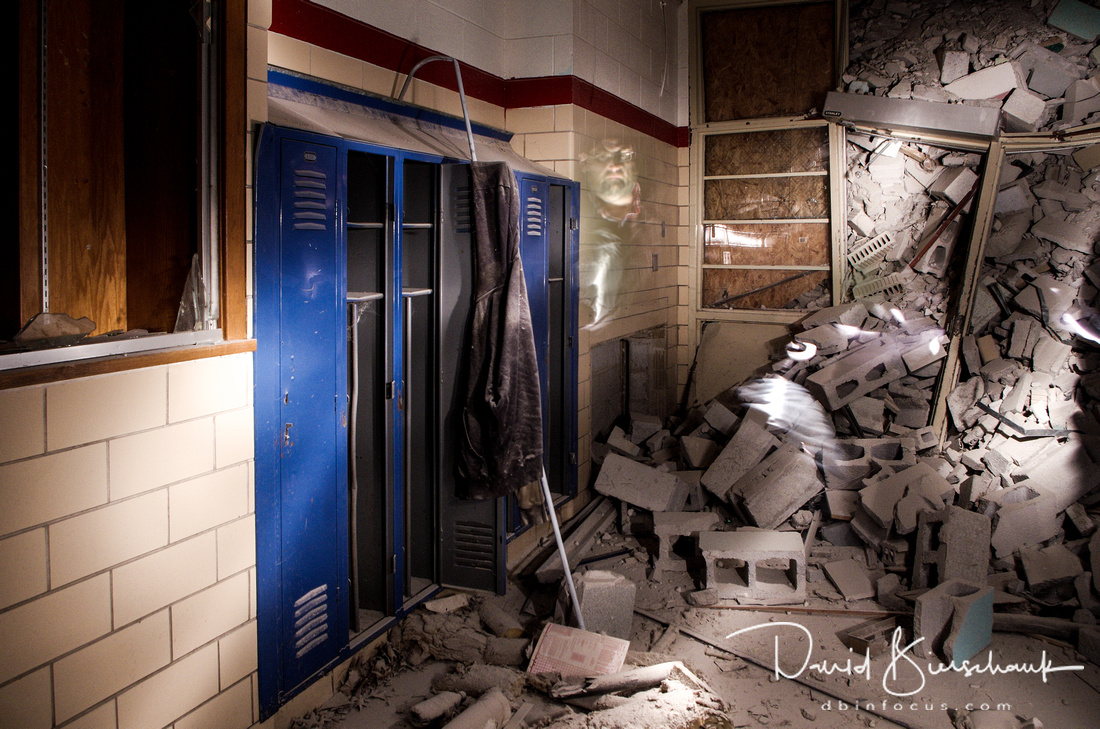 This one is done with the same process.  Total darkness, long exposure, and painting with the flashlight.  This time when I stepped into the frame I held the light against my chest and aimed the light up into my face and quickly turned it on and then back off very quickly.  This left a ghostly image of myself in the image.   To give you an idea of how dark it was, I had no idea that coast was hanging right next to me on the locker door until I looked at the image at home.  I am glad it was there, because it adds a little creepy factor to the image.

I created the last image because of the stories of the school being haunted, and wanted to create my own ghost image.  It was a little creepy being this far into the building by myself, after dark, and I must say I was getting a little spooked by the time I was done.

This was my first attempt at painting with light.  It was a lot of fun, and I plan on playing around with this technique more in the future.  So grab your camera, tripod, flashlight and go give it a shot.  You will have fun creating your own light painting.