Animated Gifs are not something I had ever made, until a couple of days ago.  I am not a huge fan of them.  However subjects like the tow featured here work well as gifs.  Almost like a short video clip for those times you're shooting stills as a several per second.

So now on to the Gifs.  These are both from the demolition of my high school, John Marshall High School, in Oklahoma City.  The first is of the clock tower which as at the front of the building.  The clock had been removed some time ago, but one of the Alumni painted it back onto the bricks just a few days prior to its demise.  The second is the last section of the education part off the building to fall.  All that remains of the school is some boiler rooms next to a large smoke stack, and the auditorium.

This is the part of the building that is being knocked down in the 2nd Gif. 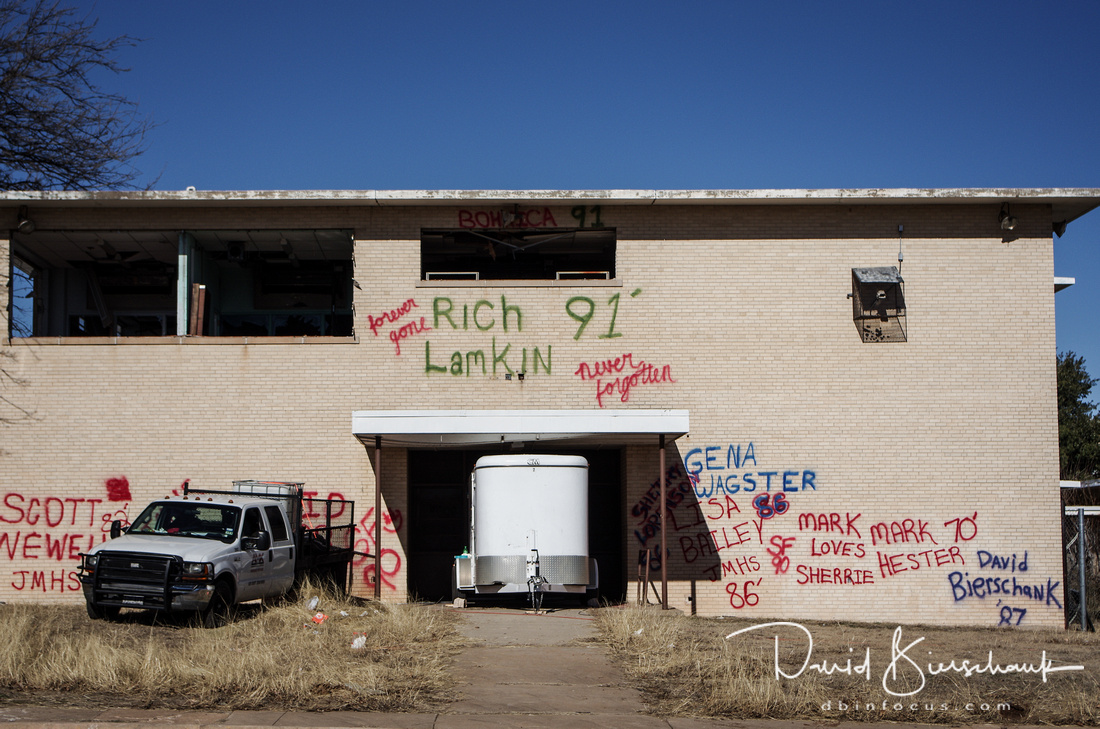 Southeast entrance wall is getting crowded